There is now a full trailer on Vimeo. This trailer can also be found on youtube.

Below are a few more clips of the film. Hope you enjoy what is taking shape.

A taste of things to come...

As you may have guessed, this here blog is about an upcoming film called, The Casebook of Eddie Brewer. It's a paranormal mystery about a "psychic investigator" who is exploring the hidden past of an old Georgian house. Blending fact with fiction, it is written and directed by Birmingham film-maker Andrew Spencer. The majority of the actors are based in the West Midlands and is filmed entirely in Birmingham.

Below is a little image to whet the appetite. More information to come and also a chance for you to communicate back. There is also a twitter account if you care to follow us that way. 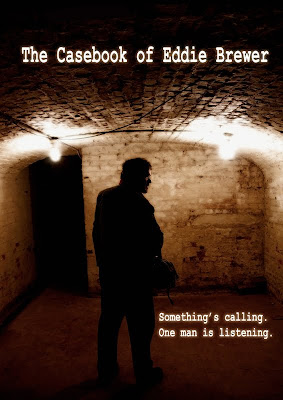 Who is Eddie Brewer?

A little clip from the film: Introducing Eddie Brewer.